is a New York based musician and producer: she uses a combination of hardware, synths, and modular to cultivate her sound - a visceral meditation on rhythm, noise, and melody that has seen her release on leading experimental labels including DAIS Records and BANK Records. No stranger to manipulating macabre disorientations into enchanting new shapes, her music exposes the unsettling and sublime. Taking a deconstructive approach she is known to draw upon a combination of modular synthesis, noise and field recordings.

Instinctively responding to the precariousness of humanity, Kone´s cascades of twisted field recordings find an inherent partner in the effervescent current of synthesis and, in the process, forge new terrains. She often shares stages with her close collaborant Drew McDowall (Coil) or Puce Mary.

is an American electronic musician and recording artist who resides in Chicago, IL. In search of the sublime, Hauschildt has designed grids and panoramas of sound across multiple releases through the rise and dissolution of his former band, Emeralds, an American touchstone of 2000s home-recorded psychedelic noise music. Consistent with his solo work is Hauschildt´s ability to coil his craft in precise, varied, and distinctly physical forms. Gently spinning arpeggios converse with post-industrial decay. Sonic fibres sway like pendulums from static melancholy to motoric bliss.

Vanhoof is interested in the hybrid forms of music, visual art, and film. His first projections -experimental films on 16 millimeter- evolved towards purely visual experiences which questioned our viewing patterns.
Inspired by structural film and early electronic music, he builds installations, creates expanded cinema performances, and releases his music. Vanhoof makes his own instruments to explore the border between image, light, and sound.
As media-archaeologist, he confronts the digitally-spoiled audience with flickering 16mm films and 35mm slide installations - formats doomed to disappear.

Max Eilbacher is an intermedia artist who works primarily with sound, video, and performance. His sound practice draws upon traditions of electroacoustic, musique concréte composition and process intensive computer music. 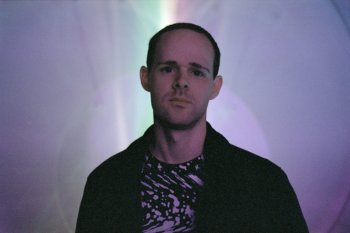