Zoë Mc Pherson (she/they) is a Berlin based multimedia artist, performer, researcher, multichannel sound designer, DJ, and founder of SFX platform, label & community. As well as creating music for movement & sound enthusiasts, Mc Pherson is drawn to bridging the worlds of sound and visual art. Main ongoing threads in their work are exploring rhytmics, intersections and liminalities. These fields and narratives come together as a way of highlighting the value of/and the interdependence between all elements and bodies.

Mala Herba is a solo project of sound artist and queer music activist Zosia Holubowska. Based on traditional music, magic, and demonology of Eastern Europe, Mala Herba’s performances are sonic rituals. The music draws from darkwave and minimal synth- wave but sometimes the melody cracks, the voice becomes a magic spell and the song transforms into a noise soundscape. Polyrhythmic pulsations are stacked on top layers of harsh noise and processed archival samples and then arpeggiated bass kicks in again and the music oscillates between haunted italo-disco and EBM.

Morast is the solo-project of viennese artist and musician Moritz Morast, that explores the melting continuum of noise, industrial rhythms and free musical forms. Coming from a background as a designer of musical electronics and the free-improv-scene, Morast combines approaches from sequenced electronics with the immediacy and unpredictability of hardcore improvisation. His debut record ?Drawing Figures into Negative Space? was released by Baba Vanga in 2020. It got critical acclaimed by the Quietus for: “pushing away techno tropes and ushering in as many spontaneous and thought- provoking inquiries into rhythm and colour as possible.? 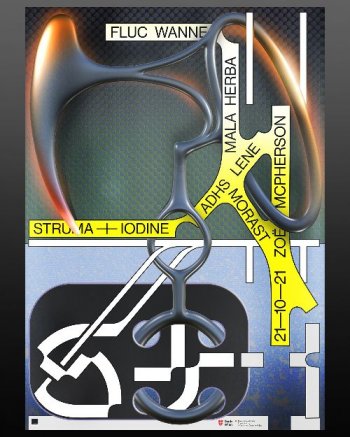